Indian consumers are often concerned with the monetary pricing of the product they are buying and this has been working for Xiaomi for quite some time now.  Every Product it announces, every gadget it launches goes to OOS(Out of Stock) in just a few seconds, mere seconds. Xiaomi Mi4 is the latest Smartphone by the company and also its flagship- its best phone.

The company launched the device a month back, with only its 16GB variant and it created quite a buzz in the market, not only it is premium in looks but also has powerful hardware. It has now launched the 64GB variant, and this is what we were waiting for. Finally we had the chance to buy the device and now we are going to tell you if the device is worth your money. The device is a bit of premium, takes its design from the metal unibody design of the iPhones and also plays with the Samsung plastic design and the result of this is the Xiaomi Mi4- metal edges, with a plastic body.  Front of the device carries the screen, couple of sensors- proximity and flip cover, and the 8MP Front Camera.

Side houses power button and the volume rocker, other one has the SIM tray. Design is good but the inclusion of glossy back makes it less desirable to me, it diminishes grip and device can easily fall off of your hands if you are not careful. Also the SIM tray looked fragile, and if not handled properly would either break the top or will be stuck in between forever.

Snapdragon 801, Adreno 330 with 3GB RAM- is there even a need to say more. I know it isn’t but here we go with it, the device is powered with the best in class CPU Snapdragon 801- QuadCore clocked at 2.5 GHz and Adreno 330 which is also a High-End GPU, in terms of numbers we got 45k on Antutu benchmarking tests and more benchmark results would be in the video down below.

The device is as fast as it can be, the CPU is tweaked to its maximum capacity and also power saver features are included in the architecture to maintain a long battery life. In day to day life the device would run on a balanced mode to save battery life but if you run a memory intensive task such as running a Game or a benchmark(would you?), a pop appears to let you decide if you want to run the device on Performance Mode. In this mode the device will run to its fullest, give you the maximum juice and power to make sure you get the best experience.

Out of all the features of the phone, Camera is the best.  On our camera test it gave us the best results we had from a mid range phone.  Photos in low light have a certain noise but results were as good as on the Galaxy S5 we had with us for comparison. There is no or less noise in the images but as we move to the sides, we see some.  We saw some amazing result, Sony’s Exmor IMX214 13MP sensor does it part, ISO range is fine and you should expect some good photos on the same. “The image sensor is able to output 13M-pixel HDR at the maximum of 30 frame/s, and stabilized and high resolution HDR imaging can be generated for both video imaging and still imaging.”

The Phone is capable of taking 4k videos, as well as 8MP Front Camera will give 1080p videos and the quality of the videos were above average, less noise, more detail.  We also did a video review for Mi4’s camera and that would be below. 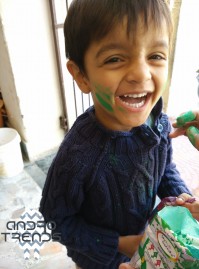 The device has a internal storage of 16/64 GB and no external support for MicroSD Cards, though device supports USB OTG- On The Go support. This means that you can connect a Pendrive or even a Portable hard disk to the device, though external hard drive would require power from adapter to work with the device. We did try connecting a pendrive and syncing data and it worked flawlessly.

Note : 64Gb Variant Can only be bought in Scheduled Sale

Honestly speaking, we were very excited about the Xiaomi Mi4 and the phone did lived up to our expectation, the screen is magnificent- colours are sharp and the images look lively. We had no problems playing big games, the battery stood for one whole day with 9% remaining, and we had no regrets whatsoever. We would give this device a thumbs-up because the only competition it would get will be from OnePlus One or Huawei Honor 6 Plus both of them did not perform up to the Mi4’s standards. We had an OnePlus One with us during the review but Mi4 is actually better than the former, in every aspect leaving the Cyanogen support that will be taken away in some time. If you live in india, you can buy the device from flipkart, 16GB variant costs 20k and 64GB variant would cost you 24K and we suggest you to buy the 64GB variant of the device- games, videos (4k, FHD) and music will surely take up some space from the already available 11.6GB in the 16GB variant.