Here is our review of the Samsung’s latest mid range iteration, Galaxy J7. The device is carefully constructed to fill in the market share, abruptly snatched away by Xiaomi, Lenovo and other companies selling great specifications at razor-thin margins, and a flash-sale model. The display had a great brightness range when compared to other in the same bracket, this is something that you must really look forward to, it is the range of brightness from low to high. What this actually tells us, is that the display would not be too hard on eyes with a really subtle brightness intensity in dark (night usage), and that it will still be visible in the broad daylight.

Device also has a nifty feature called “Outdoor mode” that is a simple check mark that increases your brightness quotient by over 20%, so if you are out in the day, check that.

Though the sides and display itself were too glossy at moments, the overall design quotient still remained premium from the all over feel.

The built was plastic, but that association didn’t make it cheap or fragile, Rim was a bit too shiny and glossy, and that is something to be worried about in the long run, the ‘RIM’ is constructed with a silver material that necessarily won’t stay for long– you’ll lose that over time with marks and scratches which will degrade it’s look- definitely not a deal breaker but is worth considering.

And also, LED-Notification light is missing from the smartphone and looking at the fact that it is one of these days most imperative need to sort notifications without turning the screen on, is going to be deal breaker for some. 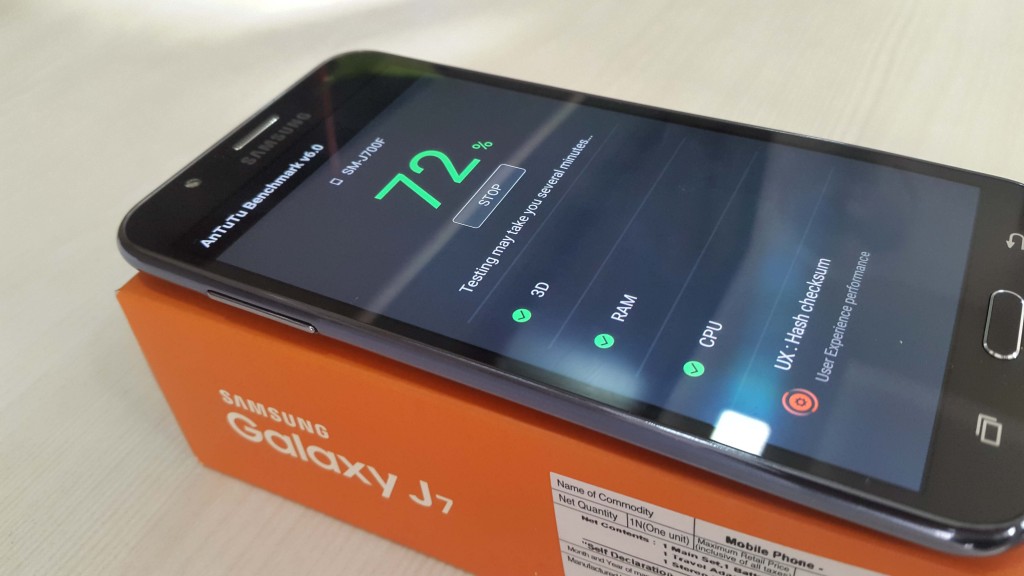 Announced and conceived as a mid-range device from Samsung, you cannot hope it to rule the antutu leaderboard, but suffice to say, the device won’t lag or anything in the distant future. There are two chips variants available in the market now, one with Qualcomm MSM8939 Snapdragon 615 and another boosting Samsung Exynos 7580.

Couple that up with Adreno 405 or Mali T720MP2 GPU t get you going on the graphic side. Device comes with 1.5GB RAM which is a tad less of what we would have expected, but on our review, we noticed little or no lag and that holds true even when playing most of the games.

Antutu score was 38000 points, losing to Lenovo K3 Note and Vivo X5 Pro, but to mention that these devices lagged far behind in terms of build quality and brand reliability. 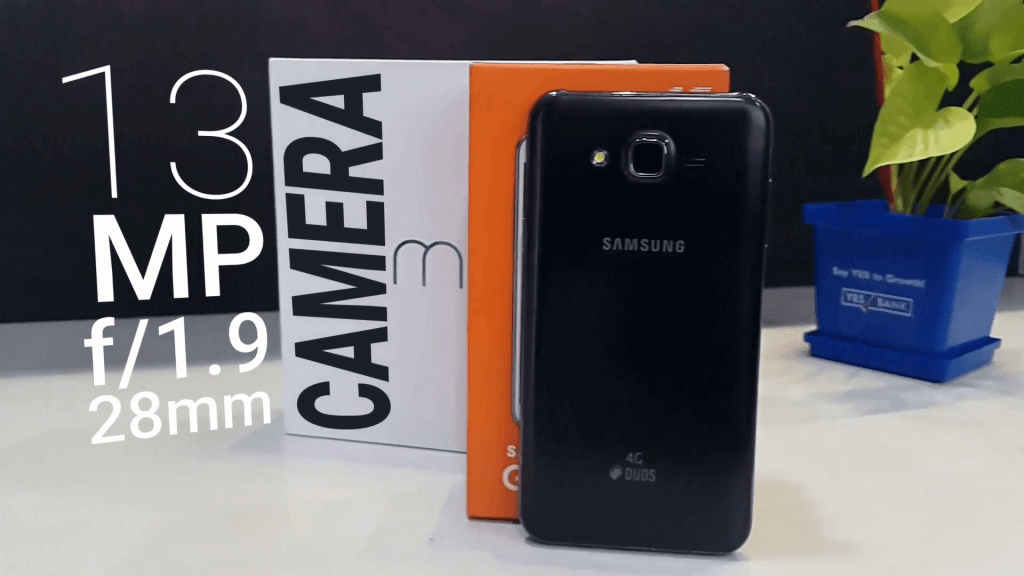 The quality was overall nice but we hoped it to be a tad better with noise reduction. Slow motion video was a feature that was missed, even Meizu M2 (6999INR) has slow motion video.

For Camera samples, watch the Review Video below. It has both Still Pictures + Video Samples from the smartphone. 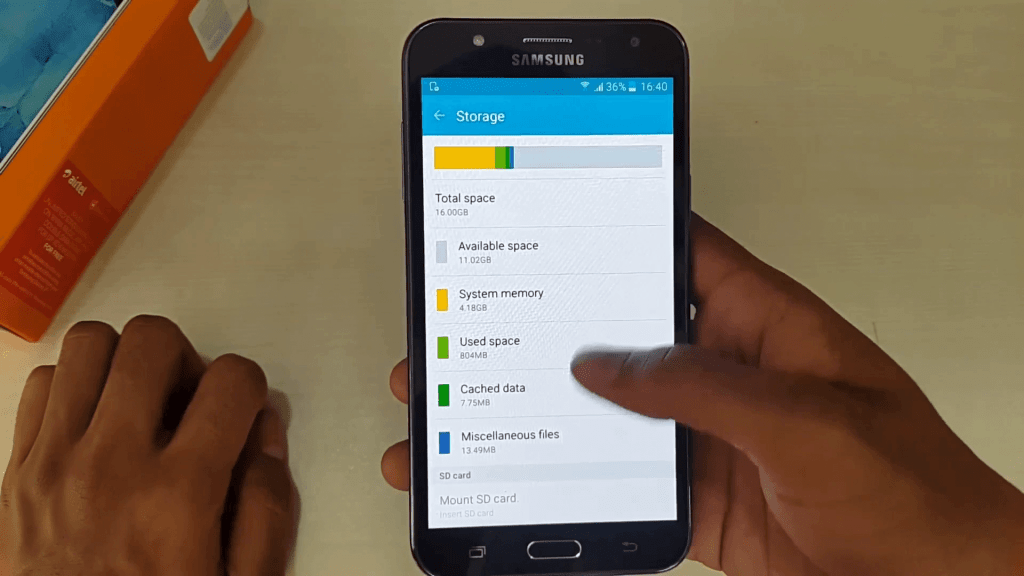 Device comes with 16GB Internal Storage with 11.2GB memory available to the user. There is a expansion MicroSD slot that can bump your storage upto 128GB, which is practically enough even if you plan to record an insane amount of FHD videos.

Also, the device supports OTG, so you can connect your external storages -USB Thumb drives and External Hard Drives.

Samsung has dropped old-heavy Touchwiz for something more light and appealing, device carries the latest version of Touchwiz on top of Android 5.1.1.

Future Marshmallow Update? Looking at Samsung’s past update experience, we can’t say if the device is going to get it or not.

SHOULD YOU BUY THIS DEVICE?

We recommend this device to anyone who is looking for a common ground between brand reliability and performance at a price segment of 15k INR (230$).  The device has its weaknesses but performs above-par when taken account of. Slow-motion video, 4K-recording, Absence of a LED-notification light can be a deal breaker but the device performs great on taking still pictures, playing games, and on day-to-day tasks.

We found the device had a persistent bug that disconnected it from WiFi networks, but soon we found a solution to the issue, here is what you need to do.

We give this smartphone a thumbs up, and 3/5 stars.

How did you all like the review? Tell us in the comment section below, until next time, Keep Androtrending!

We recommend this device to anyone who is looking for a common ground between brand reliability and performance. Multitasking & Gaming had no issues, the smartphone didn't overheat as many of the competitors. Only improvement we expected was the inclusion of a LED-Notification light, and slow-motion video recording support.